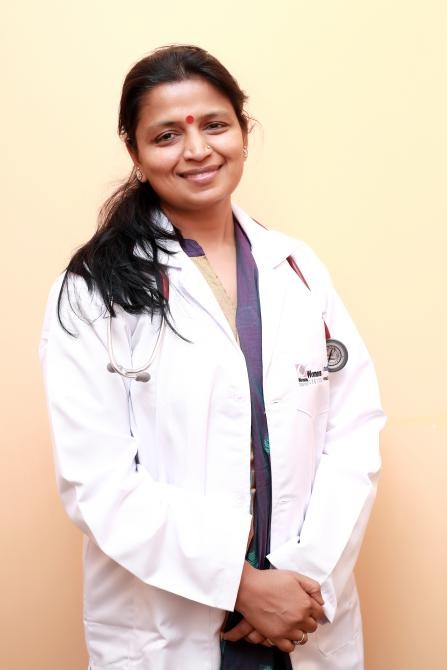 Dr. Veena Dontham is an experienced and passionate doctor currently working as an Obstetrician, Gynaecologist and Family physician at Motherhood Hospital Coimbatore, she did her MBBS from Government Medical College Chandigarh in 1998. She has done MS in Obstetrics and Gynaecology from University of Delhi in 2002. After working as Senior Resident at Sanjay Gandhi Memorial Hospital in Delhi for 2 yrs, she moved to UK to pursue higher studies and training.

She has worked in National Health Services (NHS) in UK from 2004 to 2022. She completed MRCOG from Royal College of Obstetricians and Gynaecologists, UK in 2006 and Diploma in Reproductive and Sexual Health (RCOG, UK) in 2010.
She holds Certification of completion of training (CCT) In General Practice from GMC, UK since 2014 which was awarded after completing MRCGP (Royal College of General Practitioners, UK).

Her special interests besides general obstetrics and gynaecology are Family Practice ( aim is to provide holistic care not only to an individual but to whole family, special emphasis on health promotion and disease prevention), Sexual Health, Contraception, PCOS and Menopause.