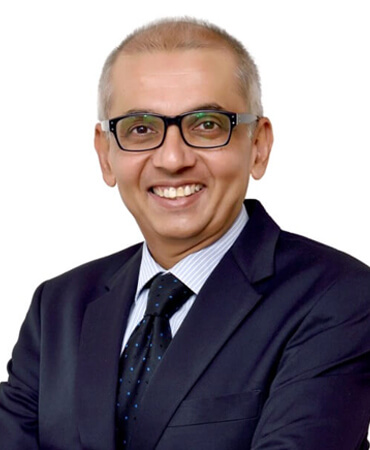 Dr Deepak Rao has over 30 years of experience in laparoscopic and hysteroscopic surgeries, having performed over 10,000 such surgeries in his career. He has been rated by his patients as the best gynec laparoscopic surgeon in Bangalore. Dr. Rao specializes in laparoscopic hysterectomies, fibroid surgeries, endometriosis, ectopic pregnancies, and infertility surgeries. His other field of interest is urogynecology especially urinary incontinence surgeries. He passed his ICSE from the Cathedral and John Connon School in Bombay, and his 12th from Jai Hind College, Bombay. In 1989, Dr. Rao graduated with flying colors from Topiwala National Medical College, Mumbai. He received twelve gold medals. He went on to his post-graduation and got his MD, DGO, FCPS, and DNB in Obstetrics and Gynaecology. However, more than his glowing academic career, what makes Dr. Rao stand out is his unparalleled experience in endoscopic surgery. In a career spanning over 30 years, Dr. Rao has performed thousands of laparoscopic and hysteroscopic surgeries. He has undergone extensive training and, to this day, attends conferences around the globe. He is deeply motivated to spread the benefits of keyhole surgeries, as he feels that women need to recover and get back to their normal lives as soon as possible after surgery. To this end, he offers laparoscopic surgeries at cost or even free to genuinely needy patients. He has been offering advanced laparoscopic surgeries from a time when laparoscopy was almost unknown in Bangalore. One of Dr. Rao's core beliefs is in the power of positive thinking, and that modern medicine combined with a positive outlook is the key to holistic healing. True to his ideals, Dr. Rao's pursuits outside medicine are just as enriching. He believes exercise should be an integral part of life and is an avid cyclist, runner, and swimmer, who has cycled in many countries. His other interests include hiking, photography, and travel. He is married to Dr. Shalini Rao, and they together have run their own hospital for 27 years, adding a personal touch to the care that every patient receives.

You can book your appointment with Dr Deepak Rao on Motherhood India website both walk-in and video consultation or call on 1800 108 8008 / email at writetous@motherhoodindia.com

Dr Deepak Rao is mostly visited by expecting mothers who want to receive top pregnancy care for delivery and post-delivery. Other reasons include his experience in laparoscopic and hysteroscopic surgeries. You can book your appointment with her or call on 1800 108 8008 for consultation.

Dr Deepak Rao is a renowned Gynaecologist and Obstetrician at Motherhood Hospital - Indiranagar, Bangalore and has an overall 20+ years of experience.