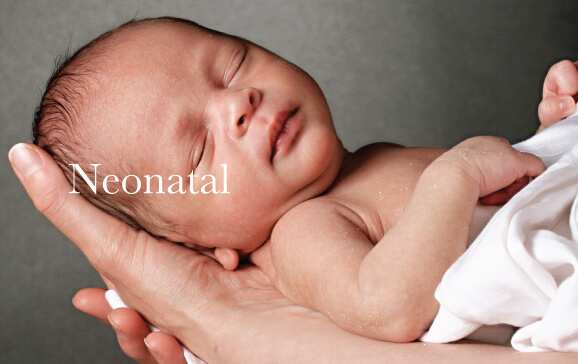 At Motherhood, the Division of Neonatal Care aims to provide optimum state-of-the-art care for critically ill, as well as recovering, neonates and infants. The Neonatal Care Unit (NICU) at Motherhood is a level III unit. The total number of beds is 70, including all the units in Bangalore – making us one of the largest neonatal care providers in the state. The highly qualified team of neonatologists and nurses, who specialise in the care of the newborn, offer high-intensity neonatal care, 24/7. There is a step-down Special Care Baby Unit (SCBU) to take care of preterm babies, who need monitoring until they are fit for discharge, though they are growing rapidly and being fed well.

At Motherhood, the Department of Neonatology has neonatologists, paediatricians, paediatric surgeons, and nurses trained in new-born care. We also have respiratory therapists who manage respiratory equipment in the NICU – they provide breathing treatments, draw and analyse blood gasses, and participate in transport and coding. We also offer advanced neonatal screening programmes such as the screening for genetic disorders, retinal screening, OAE & BERA hearing screening, hip screening, and heart screening.

We encourage the parents to participate actively in the medical rounds and engage in skin-to-skin contact, which has been shown to have a positive impact on an infant’s neurological and physical health.

With state-of-the-art Neonatal Transport facility (NICU Ambulance or ICU on the wheels), Motherhood Hospitals can carry out acute neonatal transfers on the road. The ambulance is equipped with a transport incubator which helps babies maintain optimum temperature. The ventilator also gives breathing support during transit.