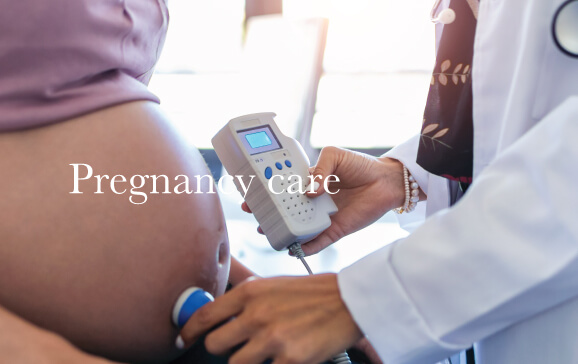 A caesarean section or C-section is a procedure where the baby is delivered surgically through the mother’s abdomen. These surgeries can be planned or in some cases recommended by the doctor when unexpected problems arise during the delivery.

Who needs a caesarean?

In some cases a caesarean is planned early in the pregnancy, sometimes women opt for a C-section over vaginal delivery but most cases are unplanned, and surgery is opted for due to labour complications like:

How is a caesarean section performed?

Before a C-section, the mother is given anaesthesia, put on IV and a catheter is attached. Once properly medicated and numbed, the surgery begins with an incision being made right above the pubic hairline. This incision is usually horizontal and is made vertical only in certain emergencies.

After the first incision has been made into the abdomen and the uterus is exposed, the second incision is made into the uterus from where the newborn is removed. Once the baby has been removed, it is cleared of fluids around its mouth, nose and then the umbilical cord is cut off.

The uterus incision is repaired with dissolvable stitches and the abdomen is also closed with sutures. The baby is then taken for observation to ensure everything is fine and is breathing normally after which the baby is put in the mother’s arms.

Recovering after a caesarean

The mother and baby will remain in the hospital for the next few days where painkillers will be administered to help the mother post-delivery as the anaesthesia wears off. The mother will also be recommended to walk around to prevent clotting and constipation. The nurses also help in breastfeeding and ensure the mother learns the best position to breastfeed to avoid her from suffering any additional pain in the incision area.

A caesarean is a serious surgery, and it is important that you give the body enough time to recover completely.

Learn the right posture to help support your abdomen.

At Motherhood, we have the best gynaecologists who have specialised in caesarean deliveries and have performed numerous successful deliveries. We are equipped with all modern facilities and instruments, have an experienced team of obstetricians and gynaecologists at your service and trained staff to ensure you and your baby receive personalised treatment and care. Our doctors will also guide you on how best to care for yourself and the baby after a caesarean, how to get yourself back on your feet and the do’s and don’ts during recovery.